In November 2016, the morning after Donald Trump was elected president, Pastor Andy Oliver put on his clerical collar and stepped outside the Allendale United Methodist church in St Petersburg with a sign he had stayed up late to make. It read: “We Choose Love.” .....

If history is any guide, whichever way Pinellas county voters swing next November will decide if Trump wins another four years in the White House.

The heavily populated county at the western end of Florida’s I-4 corridor has backed every winning presidential candidate, five Republicans and four Democrats, since 1980, the anomaly of the 2000 election excepted. It was also the largest of only four Florida counties, out of 67, that swung to Trump in 2016 after supporting Obama in the two previous contests. 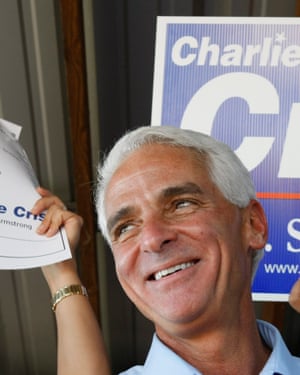 “Trump won Pinellas by barely 1% so it’s not like we’re in the middle of a red county,” said Barbara Scott, chair of the Pinellas Democratic party. ...

Scott, however, insists there is no room for complacency, and soon after becoming county chair following the midterms called together party leaders of neighboring Tampa Bay area counties to discuss strategy for 2020 and beyond in what she calls the “bay blue bloc”.

“I knew we could do more,” she said. “The Democrat is not going to get elected by just commenting on how horrible a president Donald Trump is.”

A coordinated campaign focused on ground-level canvassing, Scott believes, will be crucial, and activists are already knocking on doors months before a Democrat is even nominated to challenge Trump.

7 March 2022 The Postal Service Reform Act—legislation to help fund and strengthen the USPS—is finally expected to receive a final vote on the floor of the Senate this week. But some Republicans are g